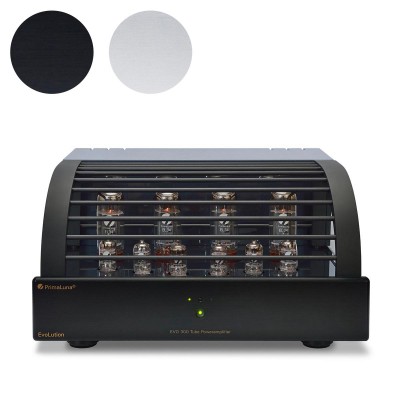 Compare PrimaLuna construction to any other brand, at any price. You'll be amazed. 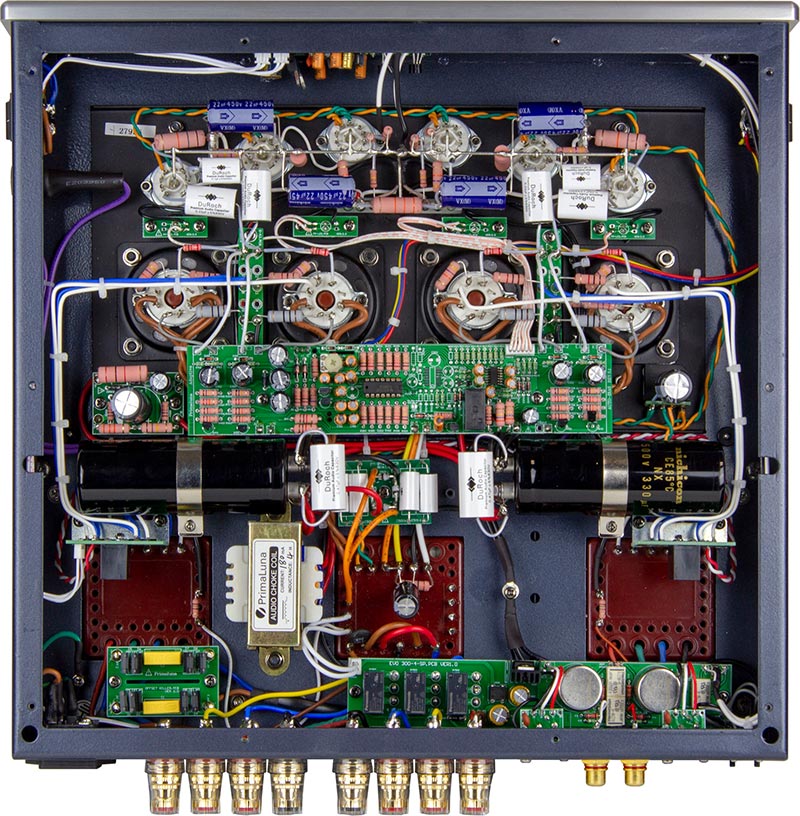 Do you have some classic rock albums you used to love so much that have now ended up left on the shelf, unplayed for years? How about jazz or classical recordings from the 60’s? Every audiophile has albums that they used to play, but stopped because they are harsh, brittle, or bright. There is a solution.

Triode and Single Ended Triode (SET) amps are popular for their warmer, fuller, and easy to settle into sound. But triode amps have limitations! Ultra-linear has more extension on the top and bottom, not to mention greater power. They have greater “pop” with a bigger difference between light and dark, and loud and soft. Having triode only is VERY limiting.

The best option is to have both triode and ultra-linear. PrimaLuna engineers in Holland designed an ingenious circuit that lets you change from triode to ultra-linear with a push of a button on the supplied remote control. No need to get up and stop the music. Make an instant comparison while you listen and choose what you like best for that song or album. 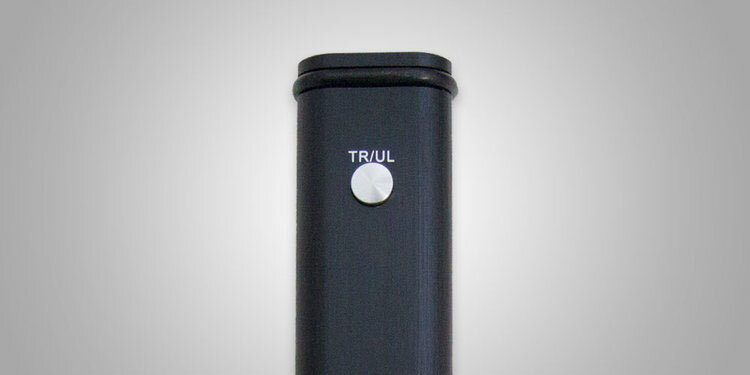 AC Offset Killer is about goose bumps. The ones you get when music comes out of a background so quiet, you may say to yourself “Just how is this possible?” PrimaLuna custom-winds our own massive toroidal power transformers that are low in hum and EMI. But we wanted more. Our engineers designed the AC Offset Killer to lower transformer noise to a place no other manufacturer dreams of going, regardless of how bad your electricity is. The result? Sense of space. Texture. The resonance of an acoustic guitar or violin string that seems to trail on forever. The AC Offset Killer will amaze you. 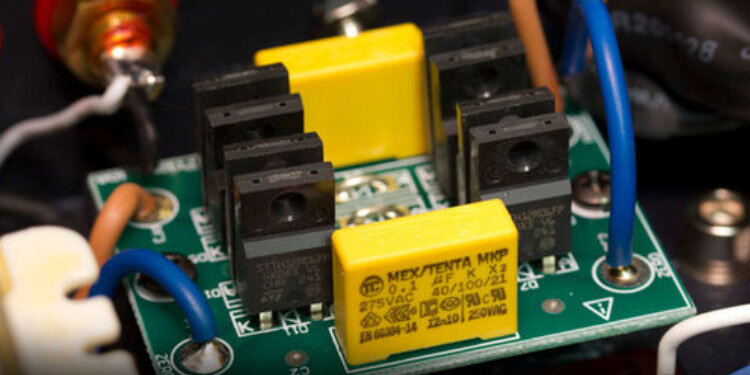 PrimaLuna engineers wanted to make owning a tube amp so simple you would have no excuse not to have your tube dreams come true.

If a tube fails, Adaptive AutoBias will instantly put the amplifier into protection mode so no parts can get damaged. A red LED will light up in front of the tube that needs replacing. Simply plug in another tube, and listen. No guesswork. No smoking amp. No getting out the soldering iron or dropping your amp off at UPS. 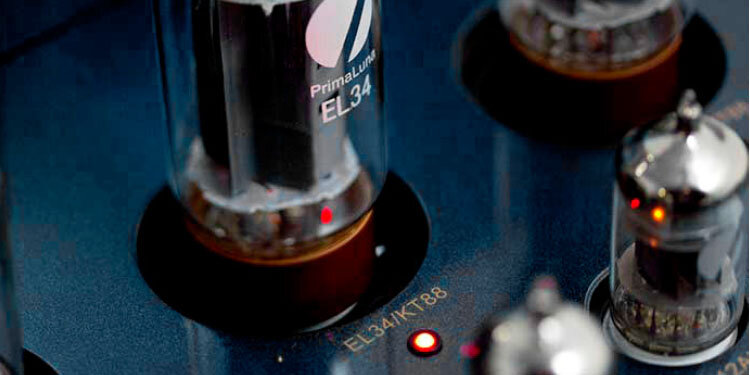 If you bought a lesser amplifier, you would pay hundreds to make this upgrade. Easy to identify through their pink colour, these premium resistors from Japan are popular with those who rebuild and upgrade their gear. "Modders" love TAKMAN for their low noise, linearity, and musicality. 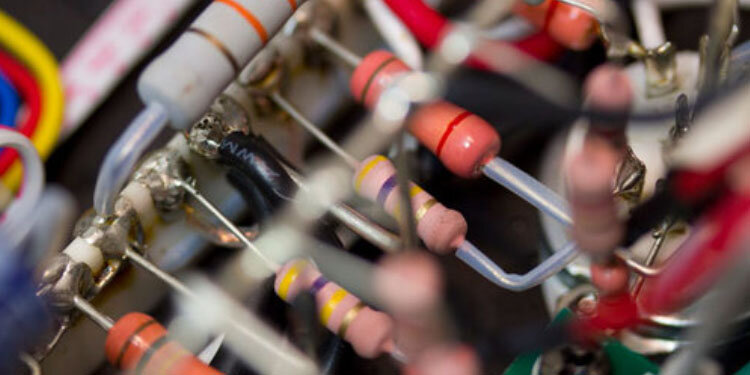 It's as simple as flipping a switch, and PrimaLuna EVO power amps instantly switch from stereo to monoblock operation! Buy one, and as your budget grows your system can grow too. The benefit of monoblock operation is the amp now has dual output transformers for the best coupling with your speakers, and the addition of a 2-ohm speaker tap added to the 4 and 8-ohm taps. While all PrimaLuna amps are made for ribbons like Magnaplanars and electrostatics like Martin-Logan, you haven't heard anything until you have heard a PrimaLuna monoblock! 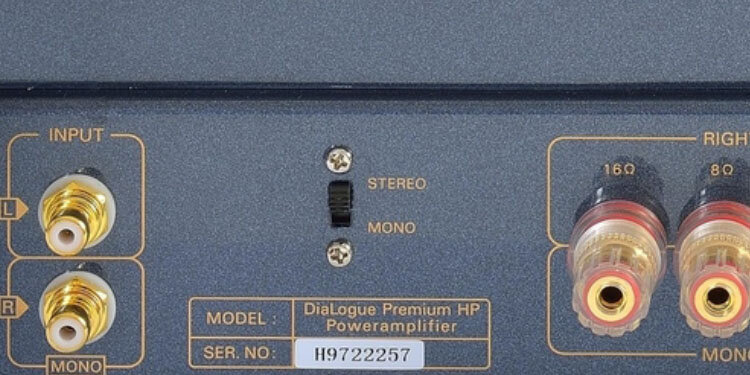 Power transformers generate two types of noise, magnetic and acoustic. That's why toroidal power transformers are used in the very best audio products. Compared to standard transformers, toroids radiate about 1/10 the magnetic field that pollutes music and obscures detail. Additionally, the absence of an air gap typically means toroids have an 8:1 reduction of acoustic noise. As transformers are the most expensive components in any audio product, manufacturers will even house cheaper C-core and EI-core transformers in an outboard power supply box with an umbilical cable rather than upgrade to an expensive toroid. The increased cost is significant, but PrimaLuna doesn’t cut corners. All PrimaLuna products use massive, potted toroidal transformers. PrimaLuna transformers are enclosed in a metal housing and then potted in a non-microphonic resin to further reduce noise and to protect the windings from moisture and deterioration forever. 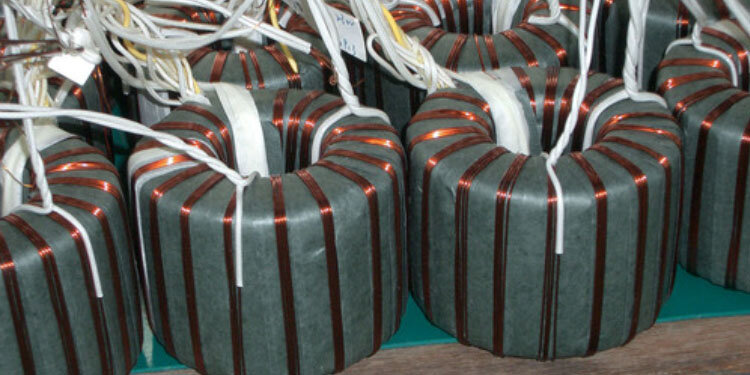 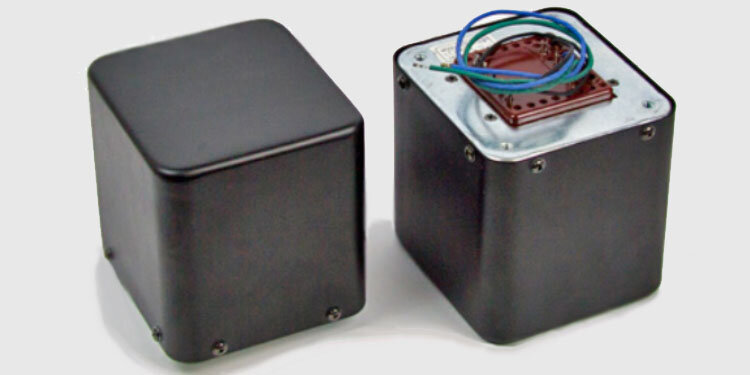 What most companies call Auto Bias is actually "Cathode Bias"- A commonly used method that is cheap to make, and often found in guitar amps, but also $20,000 high end audio amps. It reduces the available power of the amp and runs the tubes hard, meaning shorter tube life and failures via "shorts".

PrimaLuna's Adaptive AutoBias is a true, smart technology employing an array of sensors to monitor tubes and make adjustments seamlessly in real time. More important, it is the ONLY circuit of its kind that is truly "adaptive" by addressing "tube pinch off" at higher volumes, therefore reducing distortion by over 50% and greatly extending tube life. Adaptive AutoBias is completely passive and NOT in the signal path. The result is low to no maintenance, long tube life, and the lowest possible distortion for amazing sound.

Adaptive AutoBias also provides unparalleled flexibility by allowing use of almost any tube on the market today. It even has a fine-tuning switch for EL34 and KT88/KT120/KT150 tube types. 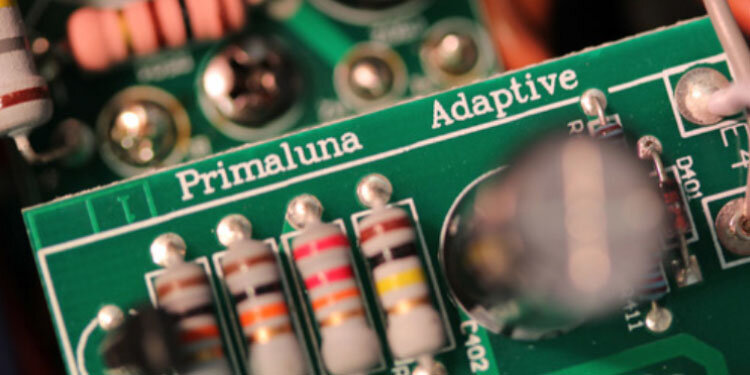 Point to Point Wiring with Swiss Made Wire

You spend a lot of money on interconnects. So why have the signal go right from the RCA jacks or speaker terminals into circuit boards with copper traces so thin you can hardly see them? What’s high-end about that?

PrimaLuna employs Point to Point Wiring on all products. The entire signal path, including resistors and capacitors, is painstakingly hand wired with heavy-gauge cable by craftsman. 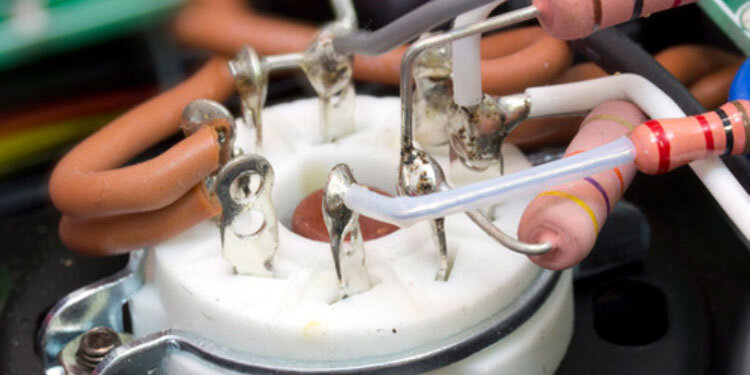 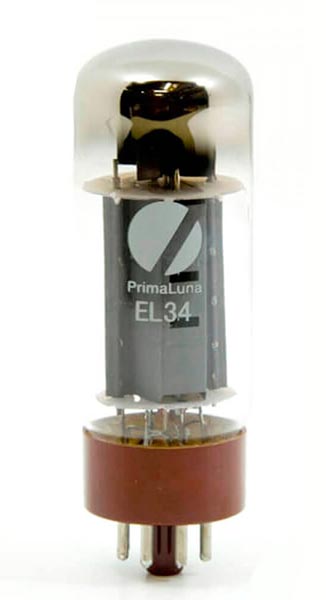 Tube life is simply a matter of how hard you run the tubes. That’s it. The only way to extend tube life is to run them as close to zero as you possible can, making sure it is not so low you go into crossover distortion. The life of a tube will depend on two things: Plate and screen voltage.

If the plate and screen voltage is high, you are more likely to get tube shorts when you turn the amp on and you get cathode stripping which greatly effects the cathodes ability to spit out electrons. Manufacturers that run the hell out of tubes to pump up their power ratings will never tell you what voltages they use. They’ll say it’s “proprietary” as if it’s some secret sauce. There is no such thing. But if they told you that they used 575, 600, or even 625 volts you probably wouldn’t buy. We proudly tell you our tubes run at just about 417 volts for the plates and screens.

PrimaLuna runs their output tubes at a minimum dissipation without going into crossover distortion. When you look at our amps, they provide less power from each tube. With KT-120’s as an example, a PrimaLuna will give you only 21 watts per tube. So running a pair of them you get 42 watts. That’s a lot of power, but the demands per tube are a fraction of some manufacturers that give you 100 watts from a pair of KT-120’s. It’s a cheap way to get big power, and it’s cheap. In fact, free. To get more power the right way is expensive. It requires bigger transformers, sockets, wiring, resistors, capacitors, and the tubes to do it. Which is exactly what PrimaLuna did. But we didn’t stop there.

Read this carefully: Power has nothing to do with sound quality. Or bass slam. You can buy a 200 watt receiver for $299, and it will even have surround sound. Do you think for a minute it will sound better than a 50 or 100 watts high end amp costing $10,000? Of course not. Only first-time buyers think that way. Experienced audiophiles know that for the majority of listening sessions, you use maybe 10 watts of power.

Our Amps Are Perfect But Your System May Not Be

Ask any seasoned tube-head what the most musical output tube is and they will most certainly declare it the EL34. Other amp manufacturers would love to use it. Only PrimaLuna, through our proprietary output transformer designs, can give you EL34 midrange beauty with top-end air that goes on forever. And, bass extension with so much slam, our amps are used to power subwoofers.

However, every system is different. What if you bought a speaker with bass that overloads the room? Or, that is too dark? Or, too bright? What if you just want to have fun trying the different colours of sound from a vast pallet of tubes? With other manufacturers' products, you're stuck. They're a one-trick pony. How are you going to fine-tune your sound? Buy some different cables?! 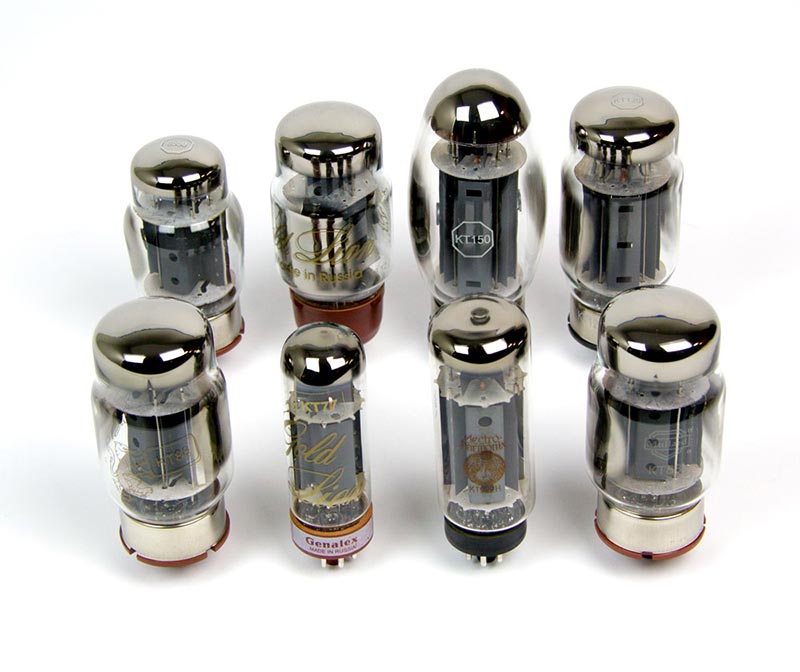 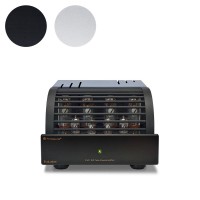 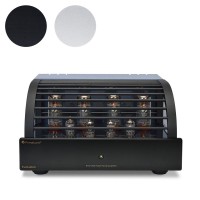 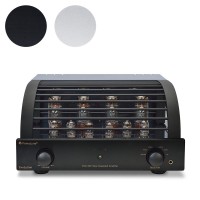 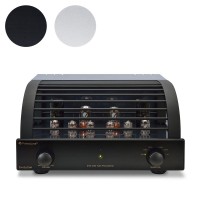 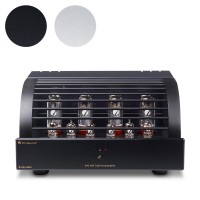